Blog - Latest News
You are here: Home1 / 4 Signs That It’s Time to Replace Your Windows 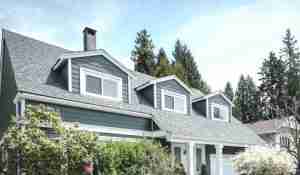 4 Signs That It’s Time to Replace Your Windows

Did you know that your windows have a best before date? Windows that need replacing won’t allow you to get the most out of your building. They cost you money in heating, the let in the sounds from next door, and they’re unsightly. But how do you know when it’s time to put in new windows? Most of us don’t even know what to look for.

Was your home chillier than usual this winter? Is your office plagued by drafts? As windows age, they are less able to keep the cold air on the outside. It might be a good idea to try weather stripping or other easier fixes, but persistent, noticeable drafts are a big sign that it’s time to upgrade.

If your energy bill seems to be creeping higher and higher but you’re not keeping your building any warmer, it could be your windows. Older windows are less efficient to begin with, and the problem worsens as the windows age. The situation is especially dire if you’re still using single pane windows. But good news: Replacing these windows is a win/win. You’ll not only get attractive new windows, but you’ll immediately start saving money in reduced heating and cooling costs.

You may have noticed issues with the functionality of your windows, and that’s a big indicator that they’re nearing the end of their life span. One common issue is a window that settles in such a way that it takes The Incredible Hulk to open or close it. Windows that won’t open and close aren’t just irritable; They create a fire and safety hazard.

Double and triple pane windows create an additional concern: The seal around the window may deteriorate, allowing condensation to build up between the pans. Not only is the condensation unsightly and hard to clean, but it’s an indicator that the window is no longer doing its job.

Last but definitely not least: Your windows may be unsightly. Deteriorated, aged, or unattractive windows decrease your curb appeal and make your entire building less attractive. Perhaps they don’t match the look of your building and create an unappealing contrast. Maybe you have older wooden windows and you’re ready to move up to a material that requires less upkeep. There have never been more options for versatile, weather-resistant, and varied windows than there are right now.

The weather is warming up, and now is the time to explore your window options. SilverLine Exteriors provides expert assistance in choosing and installing windows. SilverLine is a local vinyl windows manufacturer at Port Coquitlam and serves homes and businesses throughout the Greater Vancouver area.

Want to join the discussion?
Feel free to contribute!