You are here: Home / history 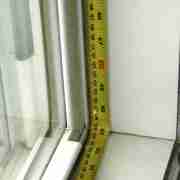 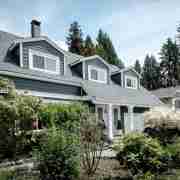 The first windows down the ages were openings providing panoramic views from caves across landscapes far below. The first houses had tiny openings for doors and windows to admit light and let people enter.

Closing doors and windows in those days was a matter of stuffing something into the hole. This situation changed, arguably when a technical genius invented the hinge. This heralded in the art of fenestration.

The Art of Fenestration – What’s That?

We were quite chuffed when we stumbled over the word while researching this post. Fenestration is the art of arranging doors and windows in a façade. We encounter it every day in homes with windows arranged evenly on walls, and with their tops and bottoms lining up.

Windows down the Ages in Colonial America

The earliest windows in settler America and Canada were mostly simple sashes that opened on side hinges. These were actually quite small, because glass was expensive and in short supply. They were often in pairs, in order to increase the amount of light and ventilation. A Pair of Casement Windows (Nieuw~Commons Wiki BY CC 3.0)

Vertical sliding sash windows arrived in the 17th century after the design took Europe by storm. The first models were single hung with only the top half moving. Later, double-hung ones used a complicated system of pulleys, cords, and weights. Thank heavens for modern technology!

Sliding sash windows down the ages provided a boost to window fenestration. While triple and quadruple-hung windows allowed for wall-to-ceiling effects. However, after a few decades of experimenting simpler double-hung ones became the norm. And they still add a sense of classic grandeur to the fenestration of a façade. However, nowadays our customers prefer the understated elegance of top opening sash windows because they are  much simpler to operate, and present a clean and modern impression. SilverLine Exterior Solution’s windows are made locally, and we can arrange special shapes and sizes without involving intermediaries.

Classic, Modern, or Avant Garde, the Choice is Yours

Skilled artisans made windows down the ages with loving care to bring their customers’ dreams to life. We follow the same tradition of service at SilverLine Exteriors where client satisfaction ranks high.

We make, and we install horizontal sliders, push outs, top hung, side hung, and special windows for discerning customers throughout Vancouver. And we provide quality at a price the average household can afford. Would you like us to pop by for a free estimate? Call 604-942-0488 for more information.

More About Our Fine Windows

Front doors admit visitors to the private world of their owners. In olden times, they kept wild animals at bay so settlers slept safely at night. They still provide a measure of comfort after we check the locks and retire for the evening. But there’s more than that to the history of doors as we shall share.

The Earliest Doors Were Symphonies of Wood

The first wood doors we know of are paintings on Egyptian tombs admitting the departed to the afterlife. The ancient Greek poet Homer writes how theirs were cased in silver and brass. This was the pivot point where front doors transitioned to functional art.

This creative trend continued in medieval Europe when cathedral doors were solid bronze with religious images. The history of doors entered a new period during the Renaissance though, when they became art for art’s sake in palace entrances.  They proclaimed the good taste of wealthy owners. Doors had become status symbols!

Insulation Through the History of Doors

Doors played a role in keeping cold air outside from the beginning. However, thermal insulation became increasingly important as living standards improved. The arrival of modern HVAC, and its cost introduced the weather stripping that makes them perfectly airtight when correctly installed.

Would You Like the Front Door of Your Imagination?

This wonder material opens windows to a new freedom. This is an opportunity for your creativity to build the door of your imagination. You and your home are unique. Use this opportunity to create the front door to your home that is you!

The history of doors in Vancouver has had its ups and downs with some shoddy work to show for it. We are licensed and experienced installers with the know how to ensure every door is fitted right, with a five year warranty on the installation.

A new SilverLine door is an investment that should last a long time. Money is tight for many of us during Covid-19. We are authorized partners with Financelt consumer financers. We can assist with the paperwork. Call Vancouver 604-942-0488 now to arrange a free estimate for the front door to your future.

How to Fix a Sticky Front Door Without a Handyman 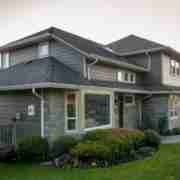 Fibre cement material is a composite of cement and cellulose fibre reinforcement. This combination makes a strong, long-lasting construction material that has found a home in many applications especially roofing and siding. It scores well in terms of function, commercial value, performance, and fire-resistance too. Moreover, we can mould in into shapes and tint it in almost any colour.

Fibre Cement Material and Where It Comes From

An Austrian named Ludwig Hatschek had the bright idea of reinforcing cement with 10% asbestos fibres in the late 19th century. He used the mixture as a siding material after running it though a cardboard machine and it soon became popular.

However the great asbestos scandal of the 1970’s almost doomed the idea. This was after scientists linked asbestos with life-threatening lung and stomach diseases. However necessity was the mother invention. Production was soon in full swing again with fibre cement material using cellulose fibres instead.

Occupation Health Measures in Place to Prevent a Repetition

Prior to the great asbestos scandal manufacturers assumed the fibres were safely inside the cement. However workers were still suffered harm in factories and construction sites where they cut the board to size.

Moreover, wind, rain, hail and sleet gradually stripped the covering away from the asbestos fibres. Therefore if you have a very old home with badly weathered boards you may choose to replace them as an added protection.

We only use accredited fibre cement material suppliers who regularly test their products.  This assures us they are free from asbestos, or other harmful materials such as sepiolite, inorganic fibre or formaldehyde.

The Wide Variety of Applications for Fibre Cement Material

Long-lasting fibre cement has become the mainstay in many construction applications. This is especially so with roofing and siding, where homeowners appreciate the range of colours available from muted to vibrant.

However external cladding and architectural facing are where we find them most where we do business in the greater Vancouver area of Canada. Our offices are at 1560 Broadway St, Port Coquitlam, BC V3C 2M7. You are also welcome to call 604-942-0488 for fast effective service and advice.

Tips to Avoid Condensation on Windows